The mission of Science and Technology Museum is to present the history of scientific and technological achievements of Armenian people and their contribution to world science and technology.

The primary task is to collect, preserve and present through exhibitions discoveries, inventions and technological achievements of Armenians both in Armenia and abroad. Currently museum has a rich collection, which presents the development of scientific thought in Armenia.

Museum consists of two departments, technology and science. The first section of technology department presents examples of measurment and control devices and equipment developed and manufactured in the early stages of industrial development of technology. The organic continuation of the above mentioned devices are automatic control devices and equipment, which are presented in the second section. Their range is quite diverse and includes almost all branches of industry. In the third section there are technical devices that had been widely used not only in science and technology, but also in household. The fourth section is dedicated to development of two main branches of large industries as machinary and electrical engineering are. Here you can get acquainted with the development of microelectronics in Armenia, which has been developed even in rural areas, as demonstrated by many exhibits.

The second department of museum is devoted entirely to research and education in Armenia. It presents academical achievements of National Academy of Sciences, research institutes, universities as well as renowned Armenian scientists in Armenia and around the world.

Temporary exhibitions hall is designed for notable events, anniversaries and other exhibitions.

The museum organizes courses and workshops for school children and teenagers to promote love to science, technology and engineering education. 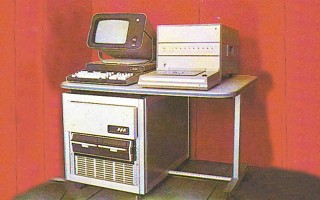